Matinee at the Shaw 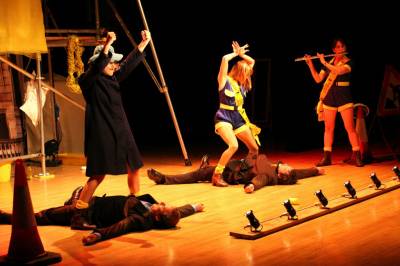 Well the rumours are true, it’s official – Lysistrata is sold out in London!

But luckily we have  added a matinee so all of you late-comers still have a chance to get tickets. The matinee starts at 2:30 pm at the Shaw Theatre, Euston Road, London and will be followed by an exclusive book signing by David Stuttard  – translator and adaptor of aod’s Lysistrata. If you already have tickets – he will also be signing his book ‘Looking at Lysistrata’ after the evening performances on 8th and 9th November. And if you don’t already have tickets to the show – make haste!

The end is nigh
Lysistrata on tour

No comments made yet. Be the first to submit a comment